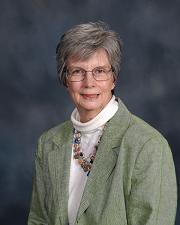 BY REV. GINNY HATHAWAY
Rev. Ginny Hathaway and husband Bill are both retired UM pastors.  They moved to Round Rock, TX  following Ginny’s retirement from the Oklahoma Conference of the UMC. Ginny has an undergraduate degree from Univ. of Texas Pan American and graduate degrees from Incarnate Word College and Austin Presbyterian Theological Seminary.  Ginny and Bill are affiliated with University UMC, Austin.


It was a very good day Sunday at University United Methodist Church. Bishop Melvin Talbert was our guest preacher as we celebrated the third anniversary of this church becoming a Reconciling Congregation. This church has always had a strong commitment to progressive thought, openness, and social justice. The choice to become a Reconciling Congregation is, then, not surprising.

As Bishop Talbert spoke, I thought what an entirely appropriate decision it is for this or any church to make that choice. I am going to go so far as to say that being a Reconciling Church does not require any justification on the part of those who have made a commitment to the teachings of Jesus. Not becoming a Reconciling Church is what, it seems to me, requires some explanation, some justification.

Bishop Talbert reminded us of the promise we make or that is made in our behalf (in which case we have the opportunity to affirm that we understand the significance of our baptism when we are confirmed). The promise to which he referred is the one which requires of us a commitment to resist injustice in whatever forms it presents itself. “Resist” is kind of a strong word. It certainly doesn’t mean simply to wring our hands and wish the injustice were not present. It means to stand against it in word and deed, in proclamation and non-compliance and in the work of change. Injustice has presented itself in the UMC in the words adopted in the Discipline in 1972 and reaffirmed since, words that actually advocate for and institutionalize injustice.

We were asked, in the sermon this morning, to consider how Disciplinary passages and admonitions that require of us that we violate our baptismal covenant can possibly have any authority. Imagine a Disciplinary demand that you violate the vows you made or that were made in your behalf and that you later affirmed! Imagine voting to require people to do that! Can that possibly have any authority? Who is it who really needs to justify their position? Those who insist that they must resist injustice or those who those who legislate injustice? Who is it that has some explaining to do?

As Bishop Talbert was provoking these thoughts on my part, I remembered something else. Mary Ann Barclay posted one of the questions she is having to write about as she submits her written material to the Board of Ordained Ministry in advance of her interview in May. You lovers of irony will really appreciate this. Here it is: “Provide evidence of your willingness to relate yourself in ministry to all persons without regard to race, color, ethnicity, national origin, social status, gender, sexual orientation, economic condition, or disability.”

We have this requirement that must be answered in order even to be considered for ordination. The prospective minister must provide evidence that he or she will relate to persons “without regard to” …. And then, we enforce a rule that actually insists that ministers must violate this requirement to relate “without regard for sexual orientation”, that as clergy in their work they must discriminate against people in the basis of sexual orientation, even though when they were presenting themselves as candidates for ordination they promised not to! As the Church blazes new trails here in the forest of hypocrisy, let us consider that the ordained people on this Board who are asking Mary Ann to provide evidence that she would undertake the work of ministry without regard for sexual orientation originally dropped her from candidacy because of sexual orientation.

And in some places in the UMC pastors are being put on trial because they are actually providing evidence that they will relate to persons without discrimination on the basis of sexual orientation. This is crazy-making stuff!

This is not a healthy situation. Those who are working for justice for LGBTQ persons are not the disrupters. They are the ones who are advocating with all their might, with all their integrity, with all their courage that we who are part of this church simply not be required to knuckle under to the injustice that we promised God we would resist when we were baptized, the kind of injustice clergy promised to resist when they sought ordination. Why is that too much to ask?