On Saturday, September 7, 2013, 406 United Methodists from 9 churches participated in Austin Pride Parade.  Each day this week we will feature a story about the experience by a SWTX Conference Reconciling United Methodist.

Today’s story is by Jarell Wilson, a 21 year old student at Austin Presbyterian Theological Seminary who plans to seek ordination as an elder. He is a lover of books, music, and Dr. Who. He also tries his hand at blogging & tweeting @TheJarell 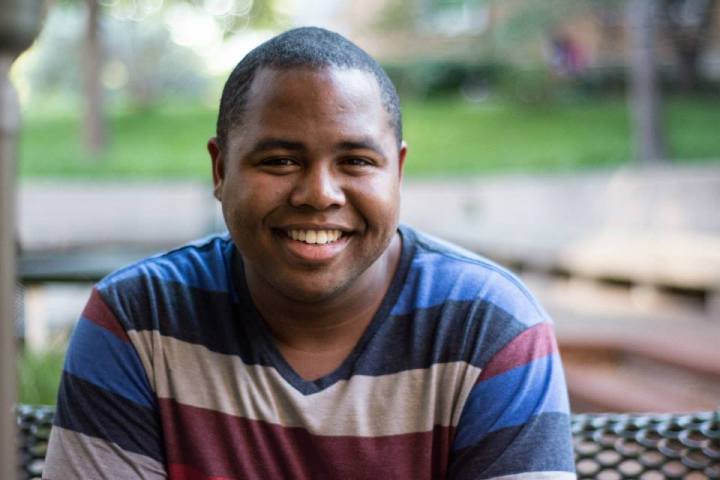 I am all about Pride. I love (most) of the festivities, I love parades, I love dancing, I love meeting new people, I love dressing up (or down), and I love queer people. I use the term queer not LGBTIQA because honestly there are just a lot of unusual people at Pride events; but those people are part of the fun – they are part of the target audience. I realized very quickly that Pride wasn’t just for LGBTIQ people it is very much for “A” people, not asexual, allies.

I think more allies marched in the Austin Pride Parade than LGBTIQ people. This year around 406 Methodists marched in the parade, and I am guessing but I’m almost positive the vast majority of those Methodists are heterosexual. This event was so important for them, they saw a group of people oppressed by their own denomination and like the “NALT” movement they came to say we Methodists are “Not All Like That”, we love you, we affirm you, we support you – even more than that they came to say we are one with you. Allies – true allies don’t get the press they deserve, especially in the UMC. Allies like Trinity UMC and Green Street UMC that vowed not to marry anyone until everyone can get married in their churches; allies like Rev John Elford who not only marched in the Pride Parade but risked his own neck to stand up for a friend facing persecution. LGBTIQ people make up less than 10% of the US population, without Allies fighting for us we would not get very far, Pride is for Allies.

Walking down Congress Street in Austin, TX was surreal; behind me was the state capitol building where in 2005 a constitutional ban on same-sex marriage overwhelmingly passed; to my left and to my right were members of Trinity UMC, mostly heterosexual Allies; beyond them was a sea of LGBTIQA people cheering, smiling, and crying. The crowd looked a little thin, then we turned onto 4th street and I was overwhelmed with the sound of applause, rainbows filled my vision, tears filled my eyes. These strangers weren’t strangers at all, they were my family, and they loved me. As I walked, arms from the crowd outstretched for high fives, and one girl stood out to me in particular as she yelled at us with a smile “God said love everyone!” I loved my first Pride experience, and I am so glad I got to experience it with my family, not my biological family, but the family Christ gave me “the people called Methodists”.